Principal photography for the film Public Enemies, the story of how bank robber John Dillinger (portrayed by Johnny Depp) became an American legend, began in March 2008 in the rural community of Columbus, Wisconsin. With a population of less than 5,000, it seems an unlikely setting for a Hollywood production.

The historic downtown area was given a 1930s makeover. Paved streets were covered in cobblestone, awnings were hung, store fronts emptied and restocked with period merchandise. And Johnny Depp himself walked the streets of Columbus, which served as the backdrop for a getaway scene. 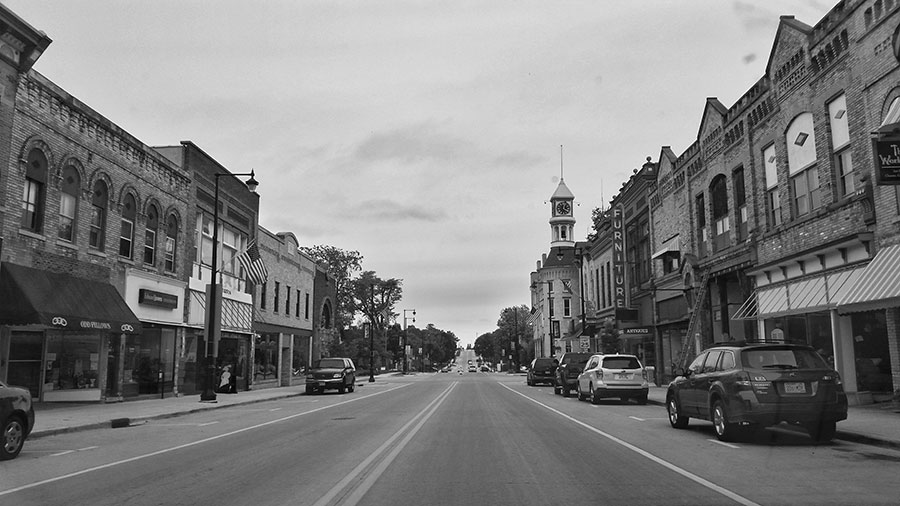 During a filming break, cast and crew took a moment to visit the Farmer and Merchants Union Bank which was designed by famed architect Louis Sullivan in 1919. I believe the exterior of the bank can be glimpsed briefly in the film, though I’m not sure – it’s been years since I watched it.

As many times as I’ve been through Columbus, though, I’ve never seen the bank. So, while in the area over the weekend for my cousin’s wedding, I used some down time between the ceremony and the reception to do some exploring. 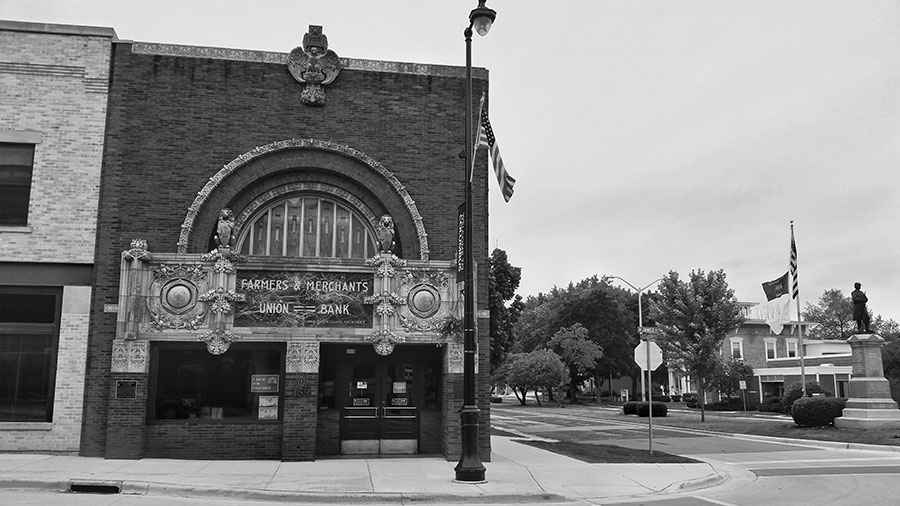 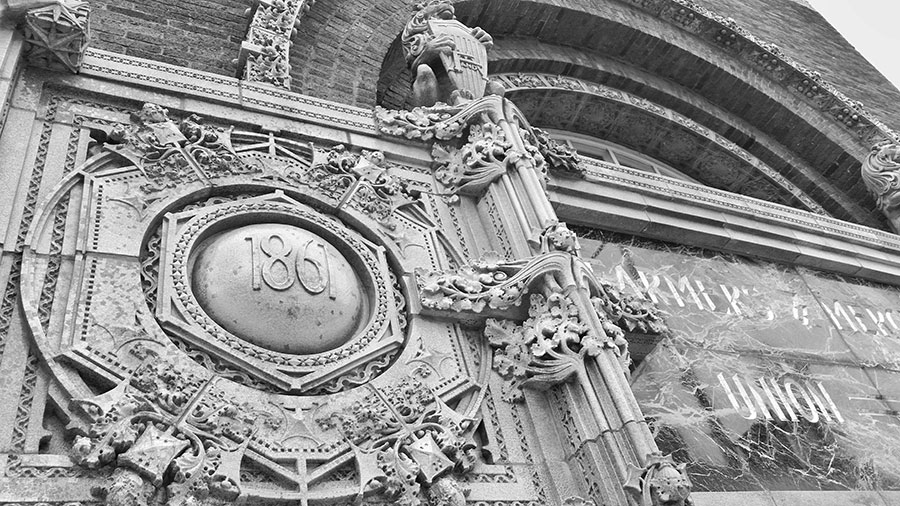 Lavish ornamentation and large arches are hallmarks of Sullivan’s style 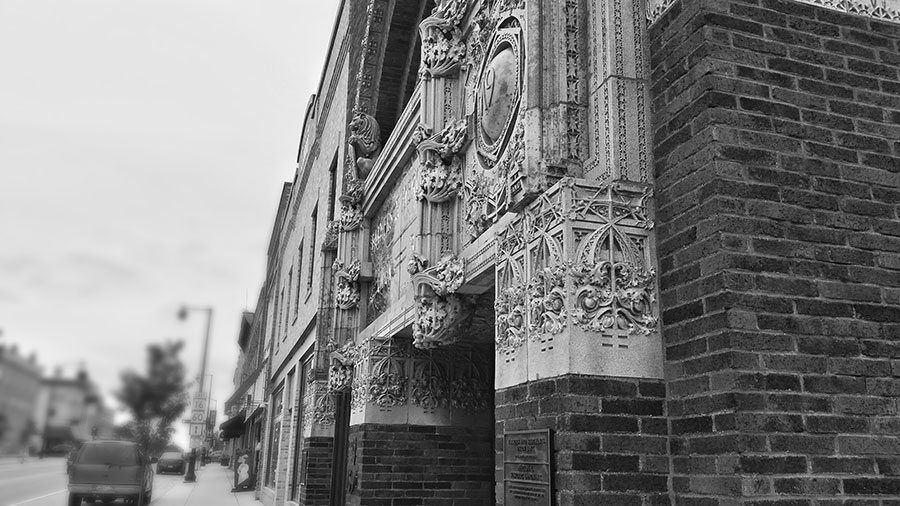 More detail from the front of the bank

A plaque outside the building reads:

In 1919, Bank President J. Russell Wheeler and his wife, Anna May Wheeler, retained Architect Louis Sullivan. Known as the father of the skyscraper, Sullivan was to design a building that would give the bank an image of financial security, civic monumentality, and community activity. This building is the result of that endeavor. Sullivan referred to it as his “Jewel Box.” It was the last of the eight mid-western banks that he designed and it was his last building commission.

Sullivan is credited with the concept that form follows function.

“It is the pervading law of all things organic and inorganic,” Sullivan wrote in 1896, “of all things physical and metaphysical, of all things human, and all things super-human, of all true manifestations of the head, of the heart, of the soul, that the life is recognizable in its expression, that form ever follows function. This is the law.“ 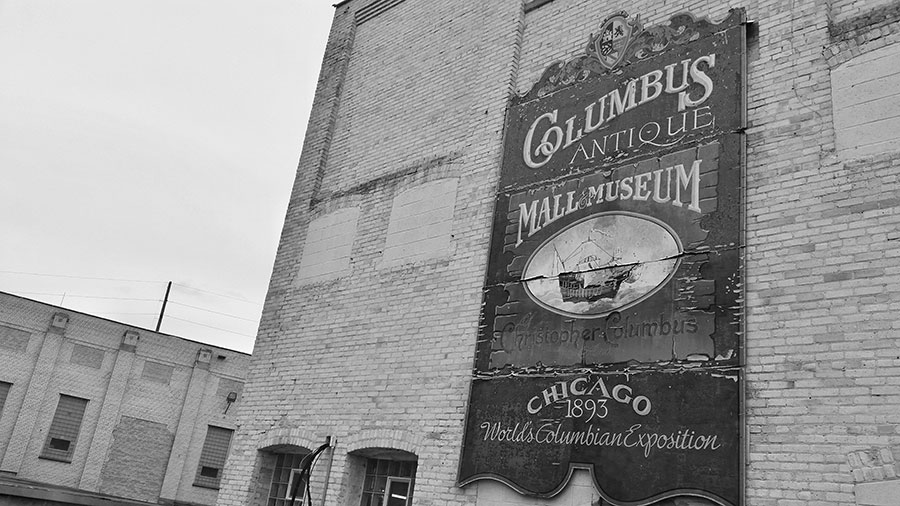 I also stopped by the Columbus Antique Mall, where a number of ornate vintage crucifixes in my collection were sourced. The Public Enemies production crew also found many of their props here. But of particular interest is the museum of the 1893 Columbian Exposition – you know, the Chicago World’s Fair that became the hunting ground of America’s first known serial killer, H.H. Holmes.

The museum includes a scale model of the world’s first Ferris Wheel, which made it’s debut that year. I don’t have a photo of it, though, as I’ve never actually made it into the museum area before closing time. In fact, I suspect there are entire floors of the antique mall that I have yet to set foot in.

Columbus has some extraordinary homes, as well: 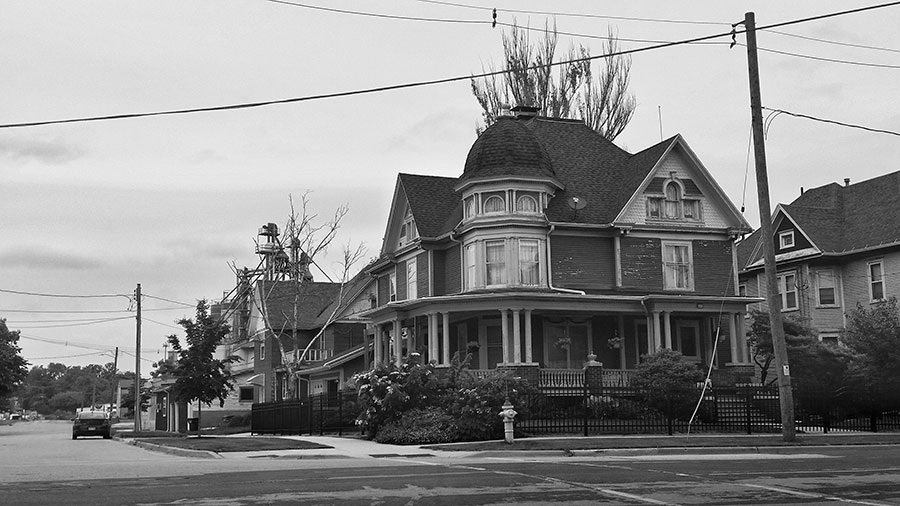 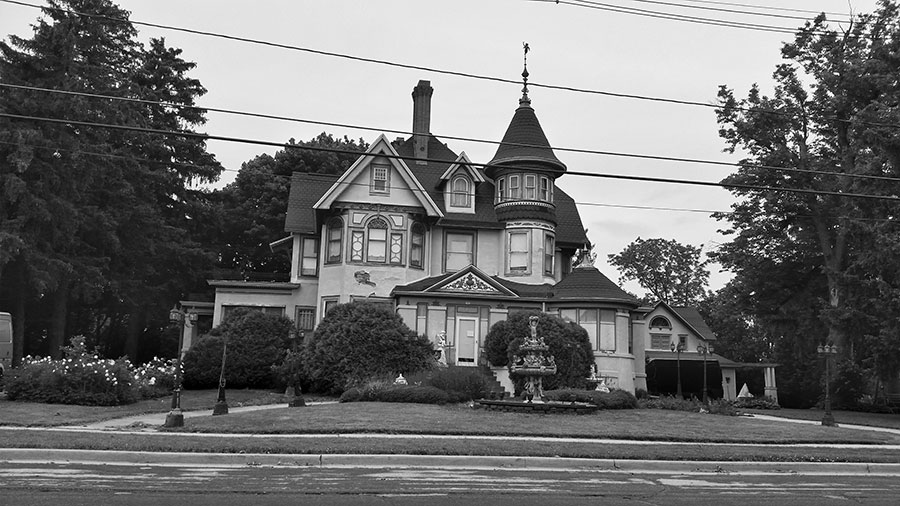 Then, on a rural road on the way back to the reception venue, I was drawn by the irresistible pull of a sign pointing to a cemetery down a gravel path. 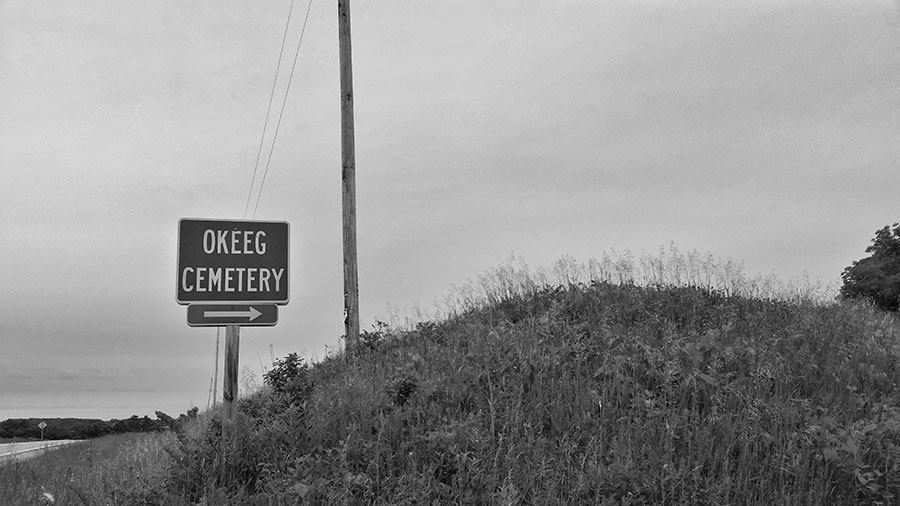 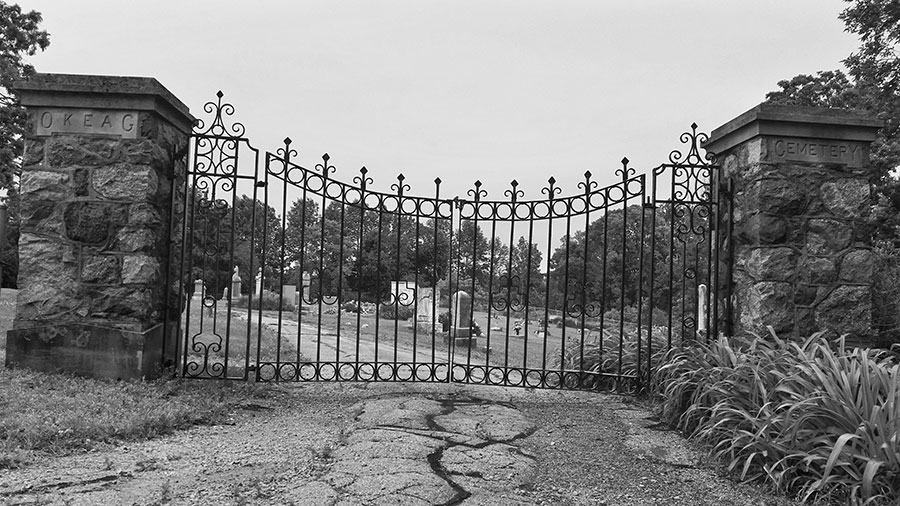 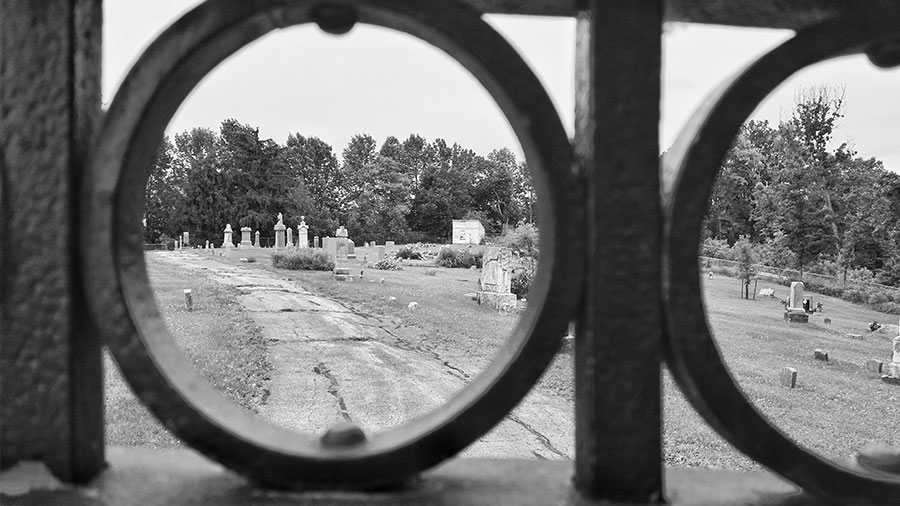