You are here: Home1 / Body of Work2 / Peter Kurten Head 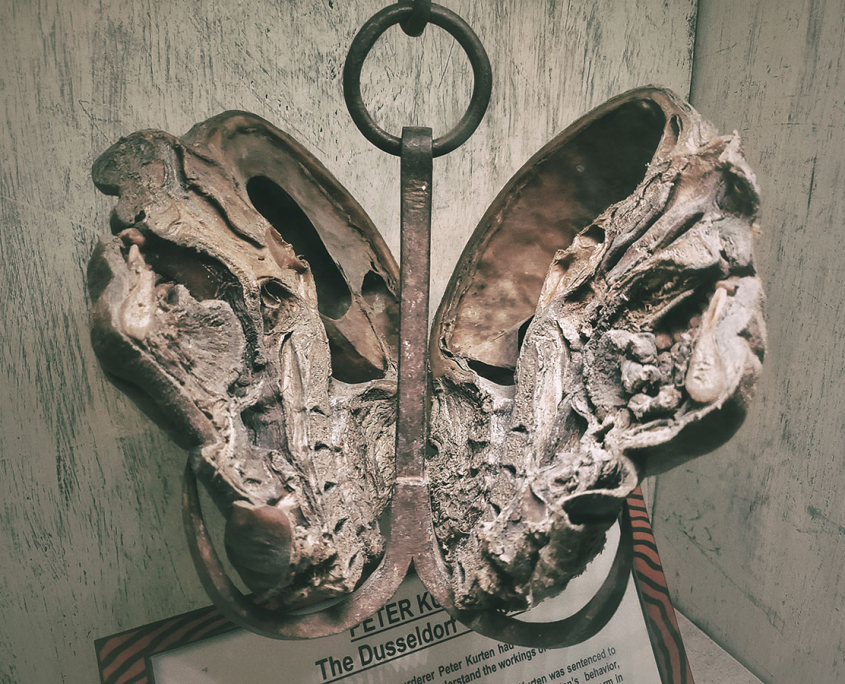 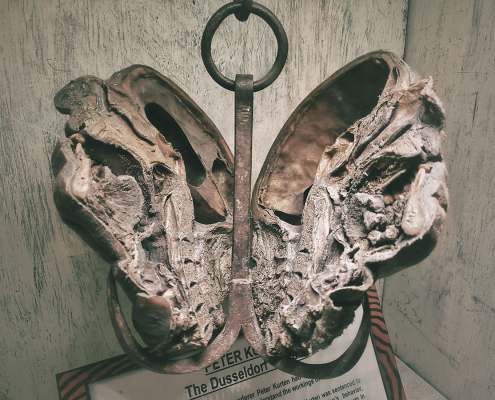 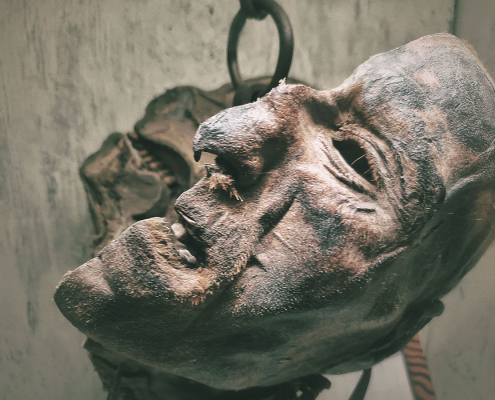 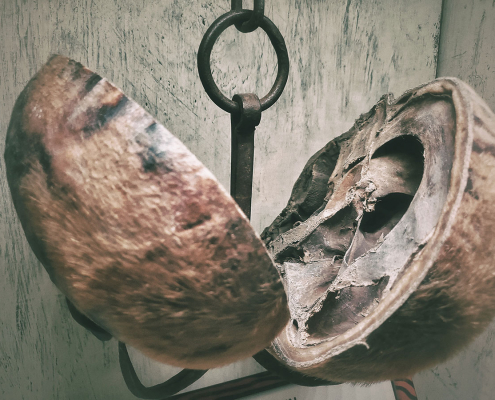 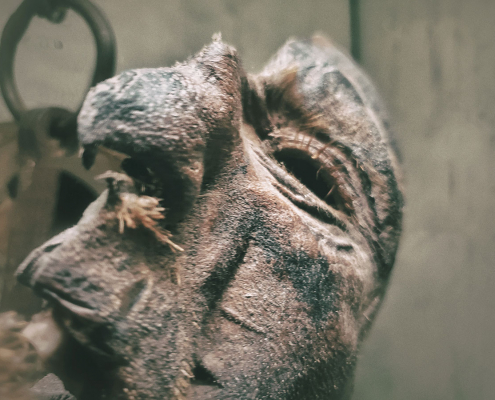 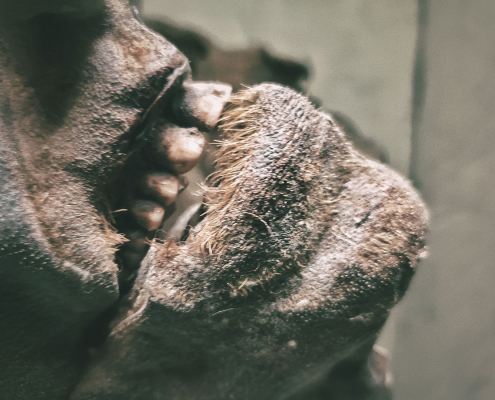 As a young boy, Peter Kurten learned very early that violence, suffering, and the sight of blood gave him a special kind of pleasure when he learned to torture dogs with the local dogcatcher. In his teenage years he would sneak into neighbor’s barns to stab their pigs and sheep. He would also frequently steal and set fire to things throughout his life. While enjoyable, however, it wasn’t always enough. Eventually Kurten moved on to people, enjoying the occasional strangling of women or attacking random passersby on the streets with a blow by an axe to the back of their heads.

But it wasn’t until a particularly brutal string of murders in Dusseldorf, Germany in 1929, beginning with the discovery of a child stabbed to death and burned, that Kurten’s actions finally came to light. He was arrested the following year and confessed to nearly 70 crimes over his lifetime, including the Dusseldorf murders. The detail that he enjoying drinking the blood from the gurgling wounds of his victims (sometimes until he vomited from ingesting too much) earned him the nickname “The Dusseldorf Vampire.”

After his beheading in 1931, Kurten’s head was mummified and sliced open so his brain and inner cranium could be studied in hopes of finding some defect to account for the killer’s perverse sadism. Nothing unusual was discovered.

Today, Peter Kurten’s head can be found in the most unlikely of places: Wisconsin Dells, the self-proclaimed “Waterpark Capital of the World” and one of the top family vacation destinations, hanging on a hook inside the dark confines of Ripley’s Believe It or Not.