I lost a good friend last week. When I first met Shawn Christians about 18 years ago, when I was just 21, he had a young daughter and I was soon to become a father for the first time. We talked about how terrifying that was.

“Kids are great,” Shawn said. “It’s the wife you have to worry about.”

That was the first of many signature insights I got from Shawn as we worked on various projects together over the years. Those projects were going to be so successful, he always said, that we had double-wide trailers in our future.

Shawn was a gifted singer and songwriter who could have accomplished everything if he could have gotten past his own personal demons.

The last thing we worked on together was the design, digital distribution and marketing of two albums he had recorded in his living room in 2009 as “A Pale Ghost.” The music was dark, melancholic, haunting and beautiful. I wanted to help him go somewhere in spite of himself. I distributed the albums, They Make Great Ant Hills and The Slow Rise to Decline, under the moniker Mental Shed Records and included two songs on the widely downloaded Wisconsin Sickness Vol. 1 compilation. 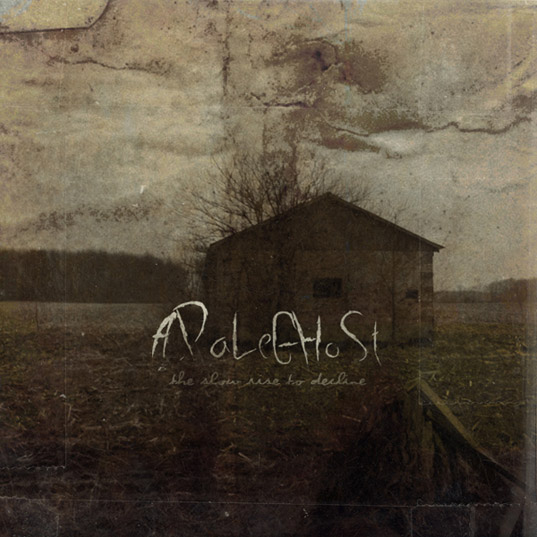 A Pale Ghost – The Slow Rise to Decline

The pinnacle of success came when Shawn’s music somehow found it’s way onto Russian torrent sites, where it was being downloaded like it was some hot major label release.

But then Shawn moved to Oregon, where he played open mic nights for a while and continued to send me photos and videos for marketing for a while until the music eventually stopped. If he was still writing new music, I never heard it.

We kept in touch, though, and every couple of years I sent him his old songs again because he had pawned his computer or something and lost them.

Since he returned to Wisconsin, I kept hoping I’d find time to go see him. But I didn’t. I always thought there would be an opportunity in the future.

I made a new Youtube channel in memory of Shawn and uploaded every song from both albums. I hope his music will continue to haunt and inspire people, or just help them fight off their own demons, long after he has gone to the great double-wide in the sky.