I was in the crowd when Rob Zombie took the stage at the Dane County Coliseum in Madison, Wisconsin on April 5th, 1999 (performing with Korn on the “Rock is Dead” tour) and announced that it was “great to be back in the land of serial killers and cannibals.”

I was 18 years old, and I believe that moment may have been the first time I realized that in Wisconsin, we grew up surrounded by a uniquely high concentration of weird and deranged that has become inextricably entwined with our DNA, and we don’t even realize it’s not normal until it’s far too late to turn back.

To be honest, I was proud of it. Wisconsin, it turned out, was more than just beer, football and the reckless use of the word “ope.”

Sure, we make headlines for things like having 12 of the country’s top 20 drunkest cities. We (well, not me) wear bright yellow foam cheese hats to sporting events. The world gapes in horror at the customary “cannibal sandwich” which often necessitates warnings from health department officials about the dangers of consuming raw meat. We’re known for supper clubs and Old Fashions, and garnering worldwide attention for some of the dumbest headlines this side of the Florida border.

But there is a rich layer of folklore, strange history, oddities, curiosities and mystery lurking just beneath the surface, from spiritualism to UFOs to bizarre creatures possibly conjured from the very depths of Hell.

Not to mention, we have no shortage of eccentric weirdos and, until recent years, one of the most brutal and prolific underground metal scenes in the world. (You haven’t lived until you’ve attended a drunken metal show deep in the Wisconsin woods or field somewhere.)

Wisconsin should should be one of the top travel destinations for curiosity seekers and dark tourists, which is why I started this website about weird and haunted Wisconsin places.

But there are so many bizarre stories to tell, and I have plenty of my own unique research and experience to share that you won’t find in other weird Wisconsin books. So I’ve decided to compile all my work into a new book dripping with all the shock and schlock of the yellowed paperbacks I grew up reading about the Bermuda Triangle, ghost stories, the crystal skull of doom, and innumerable unexplained Fortean mysteries.

In keeping with the style of a small 8-page pamphlet I printed as a handout at the Cult of Weird table for the inaugural Milwaukee Paranormal Conference in 2015, I’m calling it Tales from the Weird Backroads of Wisconsin. And I’ve already designed the cover as an incentive to finish this project no matter what other creative endeavor may distract me: 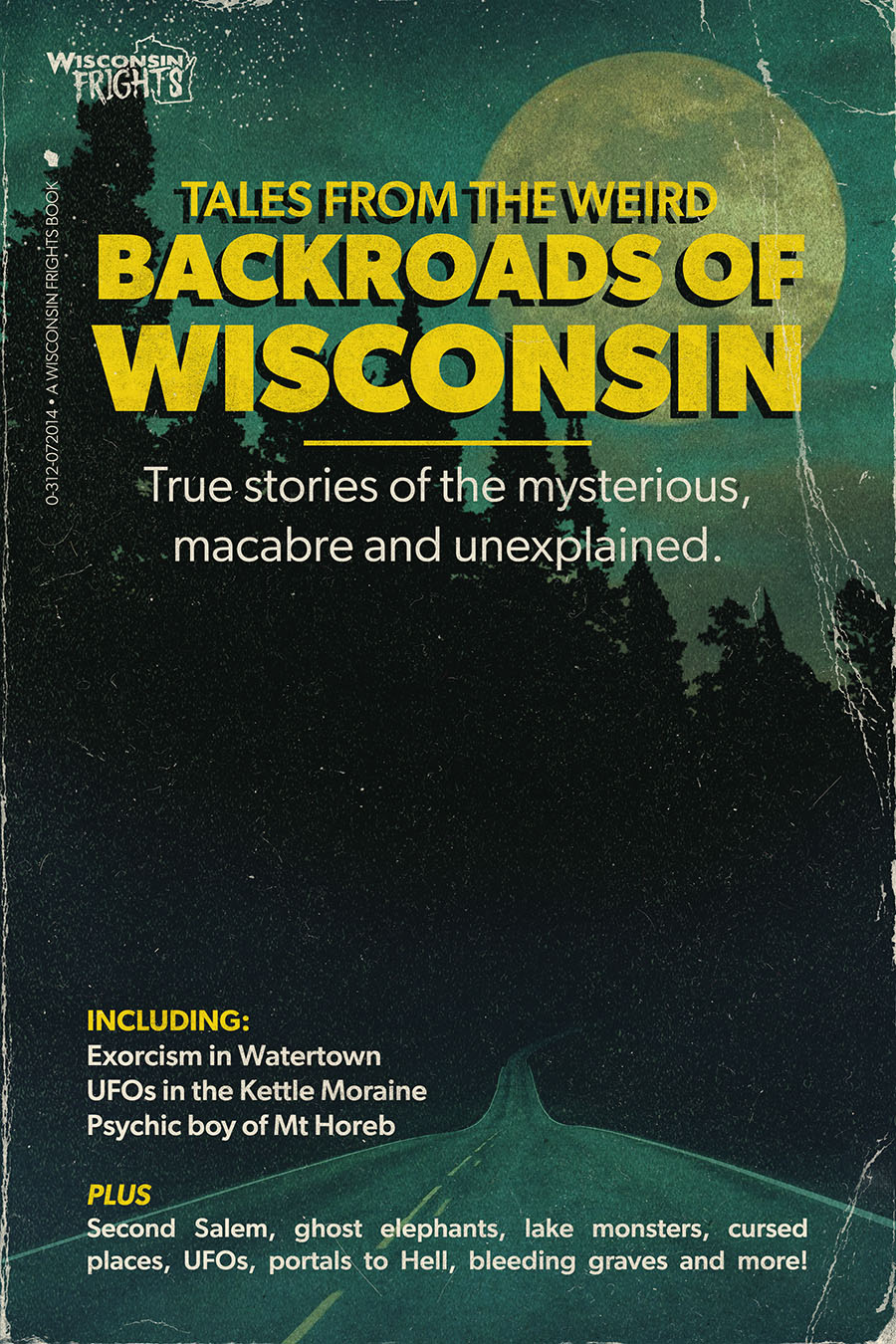 The goal is to have this on shelves and in trick-or-treat bags by the Halloween season, but is that realistic? Between running multiple websites, trying to get a few Youtube channels going, writing an album, attempting to write a novel (or at least complete one short story) and doing dad stuff, probably not. I always seem to be the most unreasonably ambitious in July, for some reason. But let’s check back here in October and see, shall we?

Get notified when the book is available: Subscribe to the Wisconsin Frights newsletter.