Why do people keep finding skeletal human remains in old buildings once occupied by a secretive fraternal order of do-gooders? Did an 18th-century amateur scientist accidentally create life in his lab? Is an entire small town in Wisconsin left haunted by the turn-of-the-century school of spiritualism where student mediums conjured the dead in a sacred white room?

Just beneath the surface of everyday life is the nearly imperceptible, membranous residue of the past, and it’s often tinged with tragedy, the mysterious, unexplained, and downright bizarre. This is the place where Cult of Weird lives, digging up disturbing and macabre history to recontextualize the seemingly mundane things we take for granted.

Cult of Weird content has been featured on numerous popular television shows and podcasts, shared by respected brands and creatives, and cited in innumerable publications. 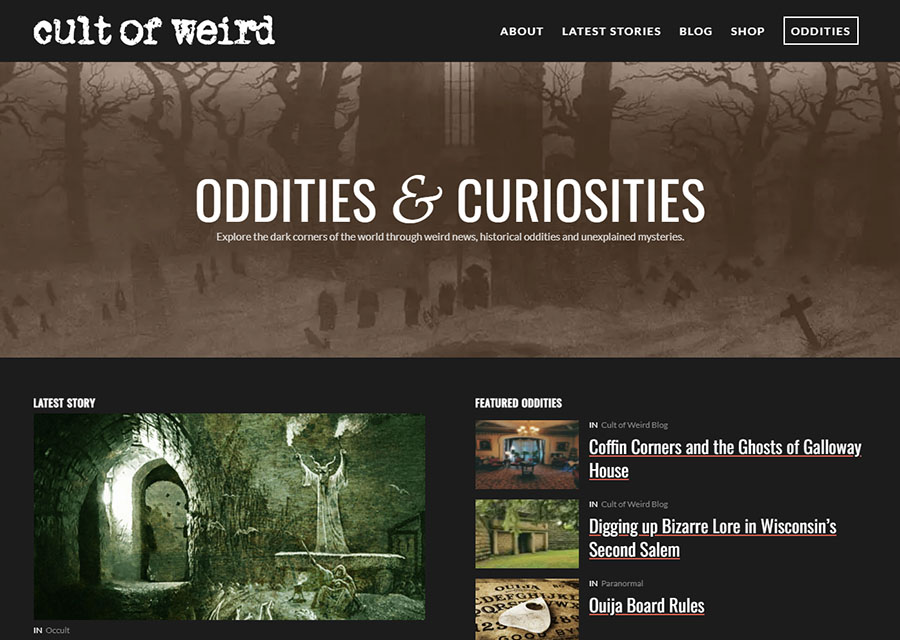