Welcome to the Cannibal Isles 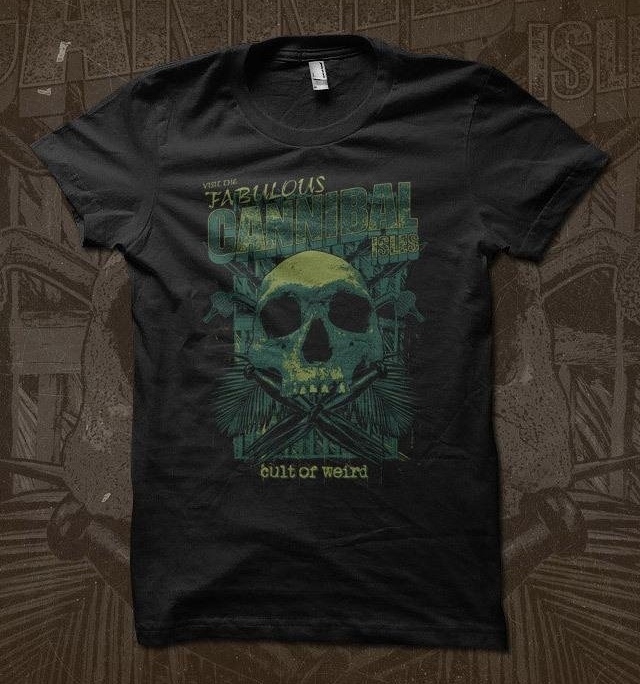 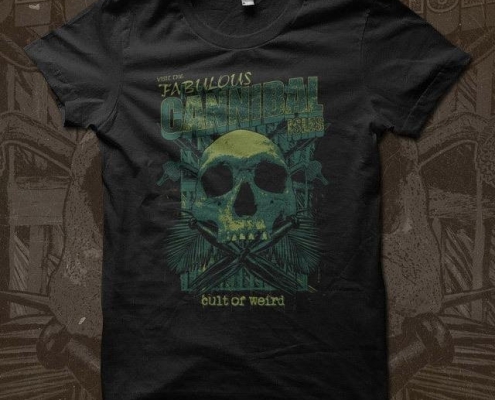 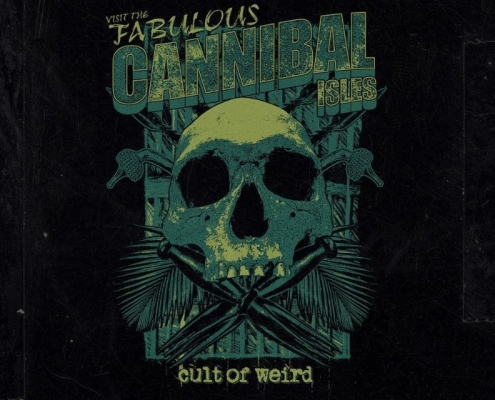 Cannibal Week is an annual series on Cult of Weird that looks back on strange cases of cannibalism throughout history. 2016 featured a variety of stories from Fiji, an area feared in the 19th century for its reputation as the “Cannibal Isles.” That year, stories included the legend of Chief Udre Udre, who holds the world record for having eaten as many as 999 people in his lifetime, and the story of Reverend Baker, whose fate as a meal for a cannibal tribe cursed their village for over a hundred years.

I designed these t-shirts and released a limited run in the Cult of Weird shop for Cannibal Week that year. They were also included in an extremely limited edition offering of “Boxes of Weird” filled with cannibal-themed oddities.

The design includes a crossed pair of traditional Fijian cannibal forks, as well as the oddly shaped totokia clubs which were used to pierce skulls.